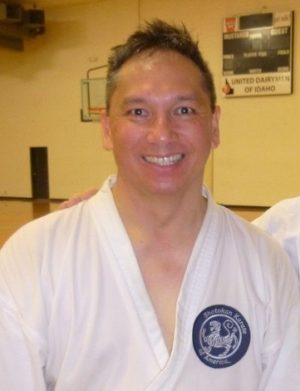 Alvin A. Sablan, nidan (2nd degree black belt), started his training with Shotokan Karate of America (SKA) in 1983. He continues to be an active member of SKA. He was awarded Shodan in 1986 and Nidan in 2014.

Alvin currently instructs the Karate and Self-Defense classes at Boise State University, as well as for Boise City Parks and Rec Department at the Fort Boise Community Center.

Alvin has really stepped up the last several years and has taken up the leadership and dojo manager roles at Boise State University. As the dojo manager, Alvin is the guy to call with any questions about the dojo, membership, practices (at both Boise State and Fort Boise Community Center), as well as logistics.

Alvin continues to be an excellent example of how hard work and personal practice outside the dojo yields results. 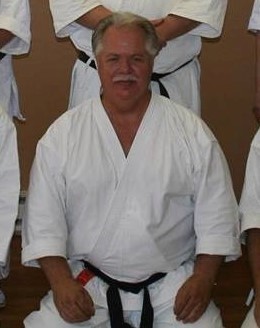 Craig Walters, yodan (4th degree black belt), began practicing karate in 1978 at Boise State University. Craig has lived in Idaho, California and Nevada (where Mr. Ohshima gave him permission to start a club in the late 80s). When he returned to the “Treasury Valley” in the early 1990s, Craig re-established his training with Mountain View and Boise State dojos. Most recently (2015), Craig was promoted to yodan in the presence of Mr. Ohshima, John Teramoto, and other top SKA seniors at the Shotokan Ohshima Dojo in Santa Barbara, California.

A favorite quote, “The strongest of all warriors are these two – Time and Patience.”